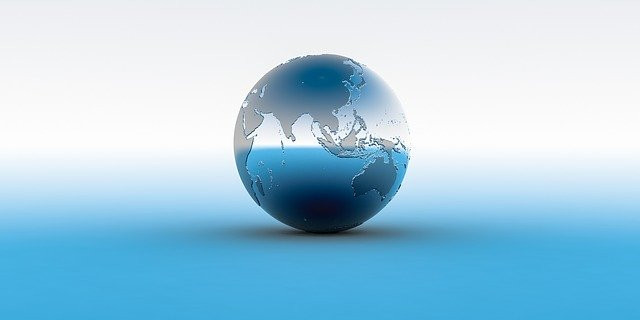 Hello! Today we’re off to explore the continent of Asia. Here are some common greetings from various parts of Asia. Choose one and use it all day for practice. Teach the family your new greeting!

Greetings from various countries in Asia

Use this post as a menu and choose the activities best-suited to your child’s age and interests. You can do the activities over one day or many. So, without further ado, we’re off to visit Asia.

For more interesting facts about Asia for kids including great photos, check out the oddizzi.com website.

Sheppardsoftware.com has some great interactive Asian geography games. The children and I just tried out the country identification game for beginners. Even my husband was hooked. We’re going to try to match the capitals to the countries tomorrow. 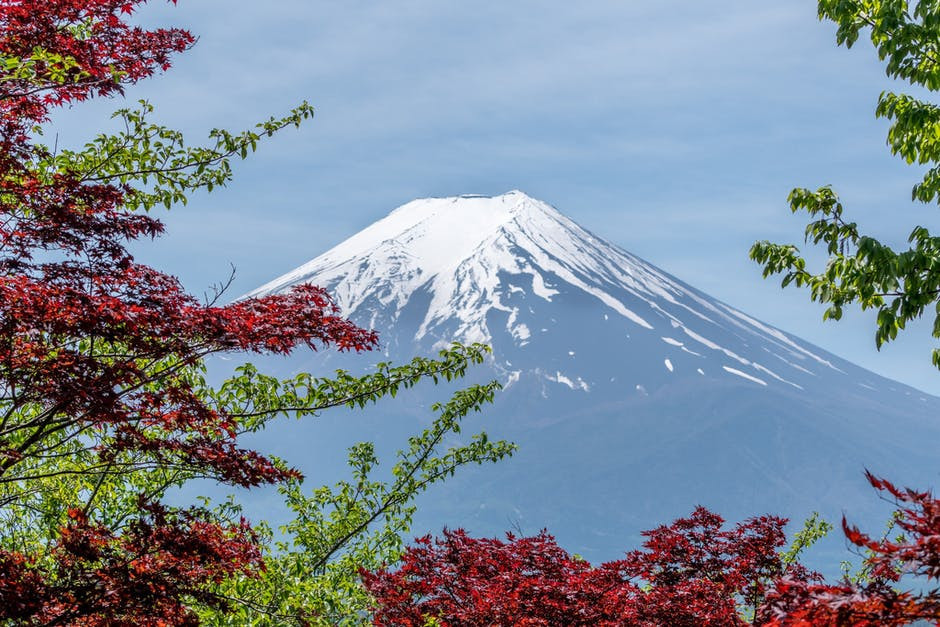 Learning Objective: Children will be able to use Google Earth/Google Maps to find specific landmarks.

Go to Google Earth if your computer supports it or Google Maps if it does not. Try to locate these famous Asian Landmarks using the clues below. Find the attraction and check out the photos. Below this Scavenger Hunt, you’ll find the answers to these clues and some information about each place.

Clues for your map search:

1. “The Forbidden City was the palace of the Chinese emperors during the Ming and Qing dynasties. It is located in the heart of Beijing, the capital city of China, and is the largest ancient palace in the world.” For more information about this amazing place, visit the Ducksters educational Forbidden City website. You can even take a mini quiz on this website.

2. “Now called the Terracotta Army or Terracotta Warriors, the figures are located in three pits near the city of Xi’an in China’s Shaanxi province. After the warriors were discovered, the site became a museum and a UNESCO World Heritage Site in 1987.” Read about their fascinating story on LiveScience.

3. Mount Fuji is the highest mountain in Japan and it is an active volcano. Mount Fuji is 3,766.24 meters high (12,389.2 feet). For more facts on Mount Fuji, this kidsconnect.com post is a good one for children.

4. Angkor Wat is the largest religious monument in the world. In Khmer, Angkor Wat means “City Temple”. Built in the 12th century, Angkor Wat is dedicated to the Hindu god Vishnu. For more information on this incredible place, take a look at this post on Khan Academy.

5. Built by Shah Jahan (5th ruler of the Mughal Dynasty), the Taj Mahal was designed as a resting place for his beloved wife who died in childbirth. For more on the Taj Mahal, read this post. 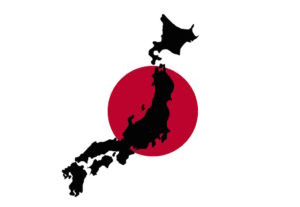 Here are a few facts about Japan. To read more, see the Science Kids post on Japanese Facts for Kids. 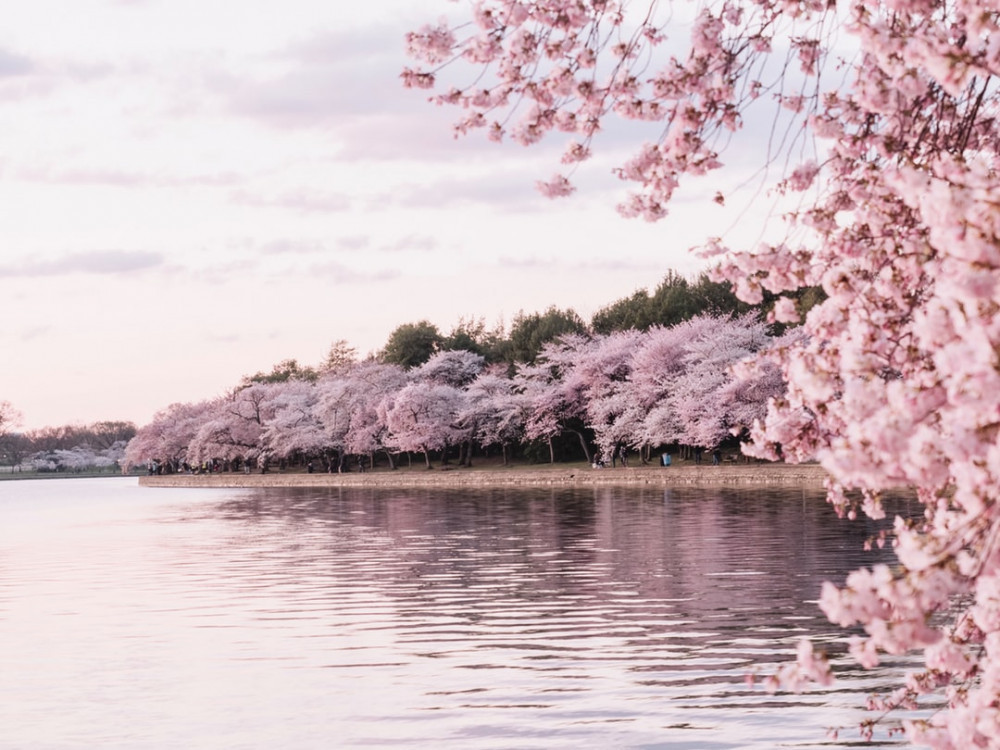 One of the most popular times of year to visit Japan is in the spring when the world-famous cherry trees are in full-bloom. Hanami is one of Japan’s oldest festivals. Hanami means ‘flower viewing’, but it has come to be synonymous with having a picnic feast near cherry blossoms.

For inspiration, watch this video of the top 10 Cherry Blossom Viewing spots in Japan.

Alpha Mom shares instructions for one of my favorite art projects for children – painted cherry blossoms. Make your own beautiful cherry blossom picture with a recycled soda or water bottle and some paint. Click on the photo or this link for a full list of instructions. I like to use a larger piece of paper and leave space for a haiku. 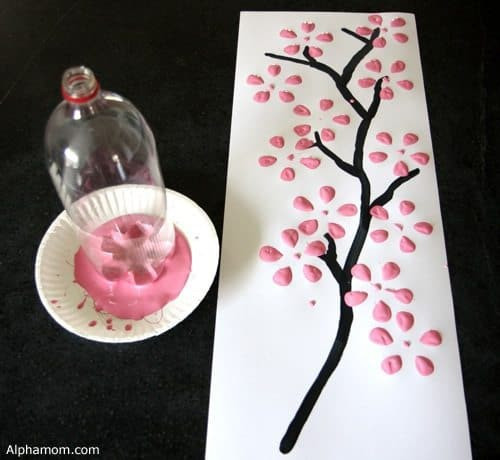 What is haiku? “Haiku” is a traditional form of Japanese poetry. A haiku poem has 3 lines. The first and last lines of a Haiku have 5 syllables and the middle line has 7 syllables. The lines rarely rhyme.

KidZone has a great haiku to help you remember the structure:

I am first with five

Then seven in the middle —

Kidzone also shares a cute haiku activity to do with a group of children. Children create haiku riddles about animals without revealing the animal name. Friends then try to guess the featured animal. Check out this website for examples.

Now, it’s your turn to write a haiku. You can write one about cherry blossoms and add it to your cherry blossom painting. Or, you can try creating an animal riddle haiku and ask a family member to solve it. Haiku poems often describe nature.

ReadWriteThink has a really fun haiku generator here. My sons loved choosing the background and font for their haiku poems.

Here’s an example of a spring haiku I wrote using the readwritethink interactive generator: 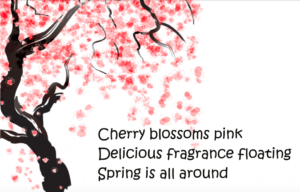 Have fun writing your haiku!

My sons love origami. They eagerly seek out tutorials and practice daily. This art class curator website has a fantastic post on the origins of origami with links to a Ted Talk by Robert Lang on the Math and Magic of Origami and to a Netflix documentary featuring the artwork of origami masters. It also shares the beautiful legend of the thousand paper cranes and demonstrates the STEM applications of origami. Check it out here.

Origami originated in 17th century Japan. Classic origami only uses one piece of paper with no cuts.

This origami website has links to tons of origami creations organized by category. If the creation has one star it’s easy and 3-4 stars, it’s very difficult. This is the best origami website I’ve seen for children.

Here’s an easy origami tutorial for younger children from kids press magazine. Even my 6-year-old could do this one. Kids Press Magazine also shares other easy origami animal projects here. 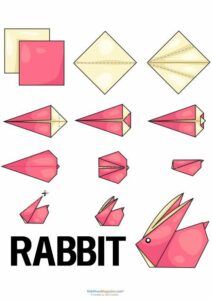 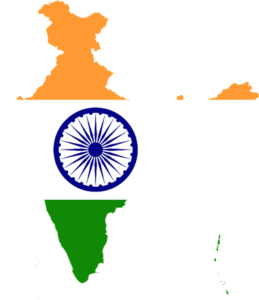 The Taj Mahal was built by Shah Jahan, the fifth ruler of the Muhgal dynasty, as a burial place for his favorite wife, Mumtaz Mahal, who died while giving birth to their fourteenth child. Khan Academy has a great post about this iconic landmark.

Click on this link for the Free School video on the Taj Mahal for kids.

Younger kids may prefer this video with the Nat Geo Kids.

Here’s a simplified drawing tutorial to help your kids draw this famous landmark.

Bollywood is a play on words, taken from Hollywood (the hub of the U.S. film industry). The ‘B’ came from Bombay (now known as Mumbai), the center of the Indian film world. When people picture a Bollywood film, they often imagine elaborate productions with beautiful costumes full of choreographed song and dance numbers. If you’d like to read a brief history of Bollywood, see this post.

Speaking of elaborate dance choreographies, watch this amazing performance for some inspiration.

Watch this video to learn some Bollywood dance moves. Manpreet breaks down the moves so they are easy to learn. Have fun! 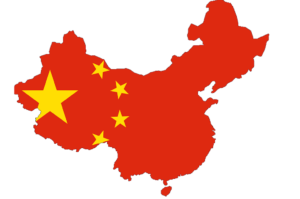 For more facts on China for kids, read this Science Kids post. 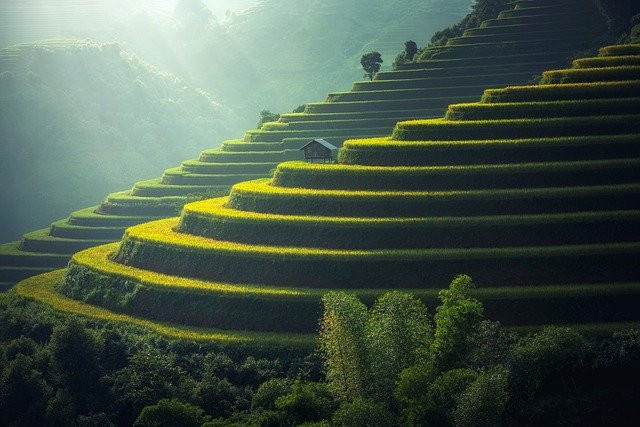 By digging terraces on steep hills, Chinese farmers were able to farm more land. Terraces are highly effective for growing plants that need a lot of water.

To illustrate this point, third grade teacher, Kelly, does the following experiment with her class. Have your children our water over a ball of play dough. Observe what happens. Next, make terraces with the play dough. Now, pour the water again. What happens this time?

To see more of Kelly’s great ideas for studying ancient China, check out her fantastic blog. 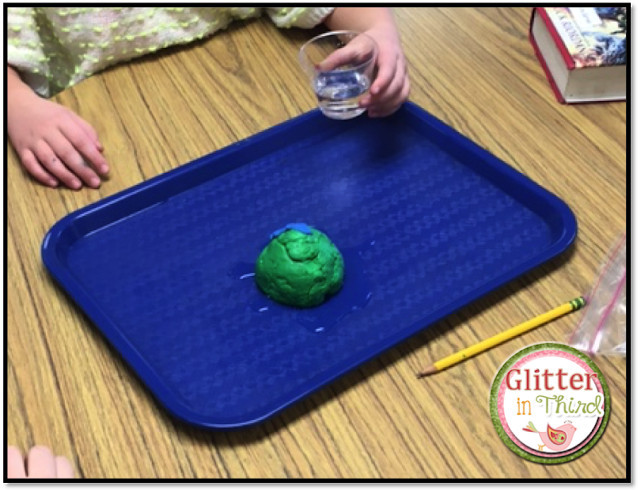 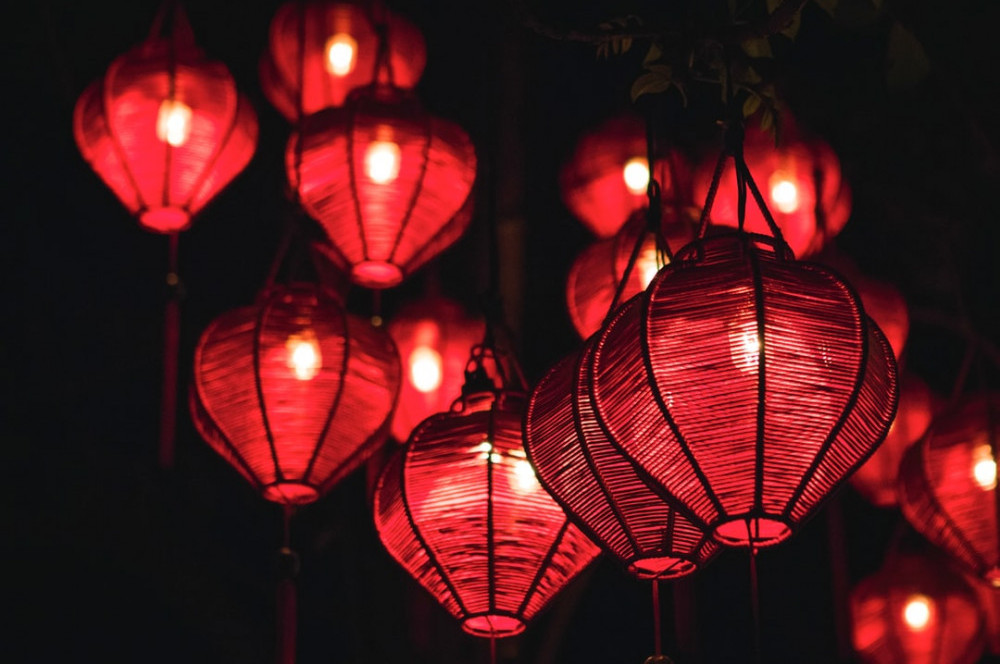 “The first Chinese lanterns were invented in the Eastern Han Dynasty (25–220 AD) and used as lamps and for the worship of the Buddha.” Originally, they were used as a light source and protected the flame from the wind. Now, they’re used as decorations. Lanterns hung during Chinese New Year are meant to scare away the Nian monster and bring good luck.

You may wish to make these beautiful Chinese lanterns from The Kitchen Table Classroom. 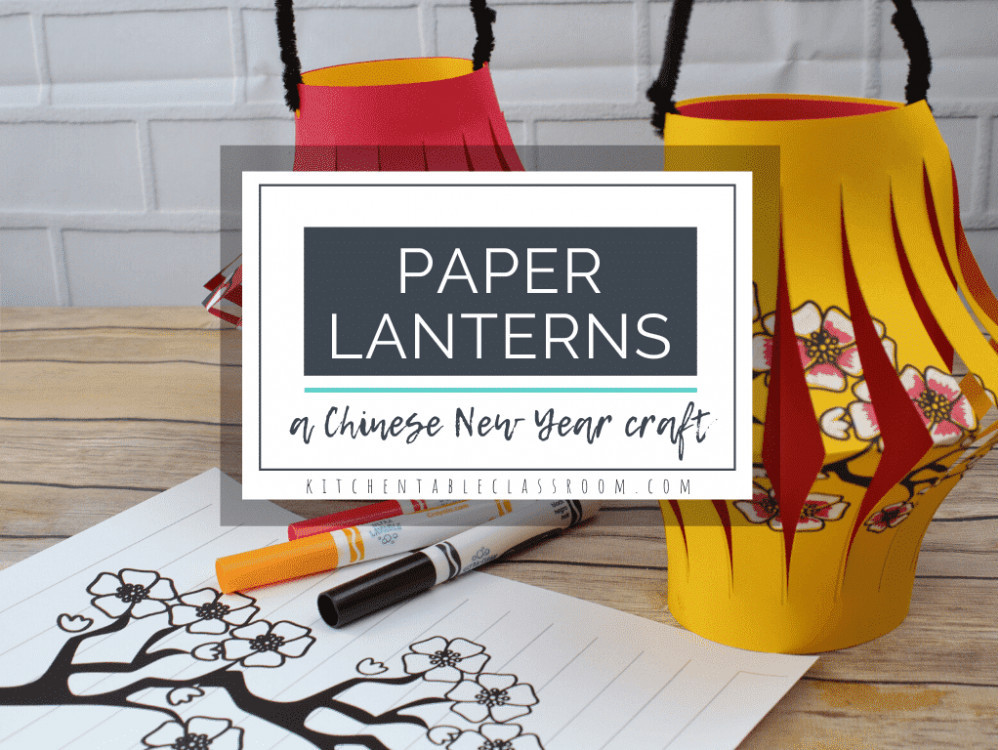 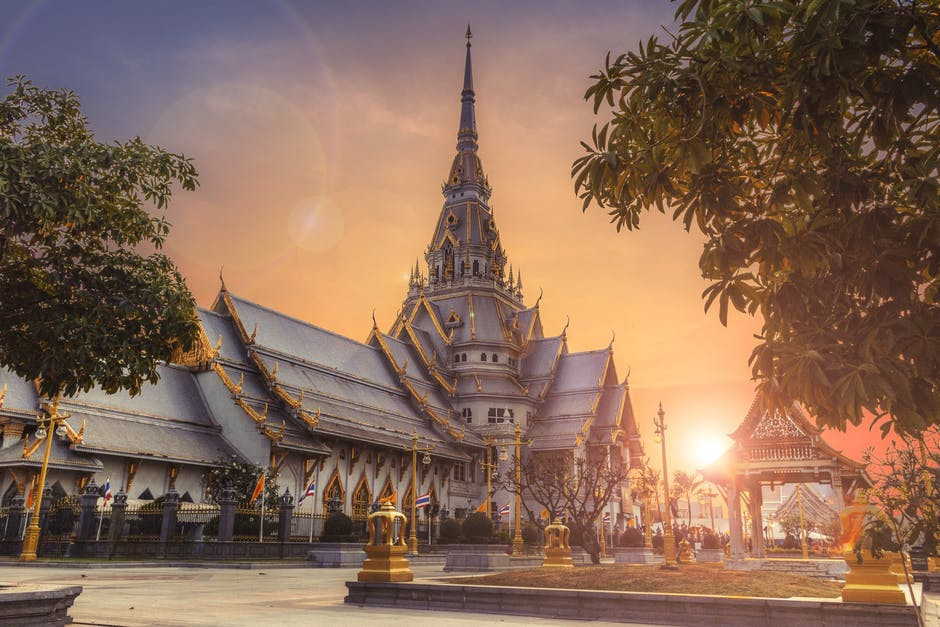 “Southeast Asia is rich in wildlife with animals such as orangutans, leopards, elephants, water buffalo and rhinos. There is also significant diversity in culture, language, and religion. Much of Southeast Asia is rainforest and the climate is very wet. The wet weather makes the area prime for rice patty agriculture making rice the main staple in the Southeast Asian diet.” For more fun facts about Southeast Asia, check out the Ducksters website here.

Siem Reap, Cambodia, is home to the largest religious monument in the world – Angkor Wat.

Here’s a great video about Angkor Wat with spectacular footage and fascinating questions about the engineering of this amazing place. This video is better-suited for older children.

For younger children, here’s a video with fun Angkor Wat facts. You’ll have to read them though.

There are so many more fascinating places to explore in the continent of Asia. I hope you’ll have the chance to visit in person one day.

Tomorrow, we’re off to Africa!

Click on the posts below to see our virtual visits to Europe and South America:

Virtual Trip Around the World for Homeschoolers – Europe

Virtual Trip Around the World for Homeschoolers – South America

Virtrual Trip Around the World for Homeschoolers – Africa