The following activities are designed to be used as a menu. Pick and choose the activities most suited to your child’s age and interests. They may be done over one day or many. Here’s a link to Day 1 of our virtual trip around the world for homeschoolers.

Today we fly to Europe! So, get out those pointers and find the continent of Europe on the world map.

“Europe is the second smallest continent in size but the third largest in population. The European continent houses 50 countries. Of the European countries, 27 nations belong to the European Union (EU) which is a political and economic union.”

For more fascinating facts about Europe for kids, head over to the ‘Kids World Travel Guide‘ website.

Sing the continent song as you ‘fly’ around the house. If you click on the lyrics below, it will take you to a website where you can download your own full-sized version of The Continent Song. 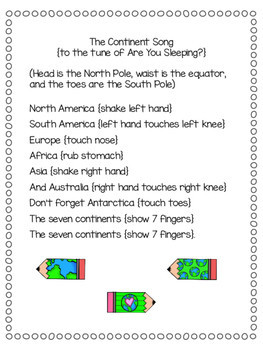 We’re starting our whirlwind European tour in Paris, France where we’ll be learning about the Eiffel Tower and creating our own model of it.

For more on the location, history and size including photos taken during construction, check out this page.

There are several options for building this fun STEAM (Science, Technology, Engineering, Art, and Math) Project. Choose from the options below. Look for the one that is most age-appropriate for your child. You can also choose one that uses materials you already have on hand.

Today we’ll be making a model of the Eiffel Tower. For some inspiration, listen to these famous songs by the inimitable French singer, Edith Piaf.

1. This model is for older children and uses dried spaghetti and marshmallows. Have some wet wipes or a wet wash cloth on hand because this one gets sticky! 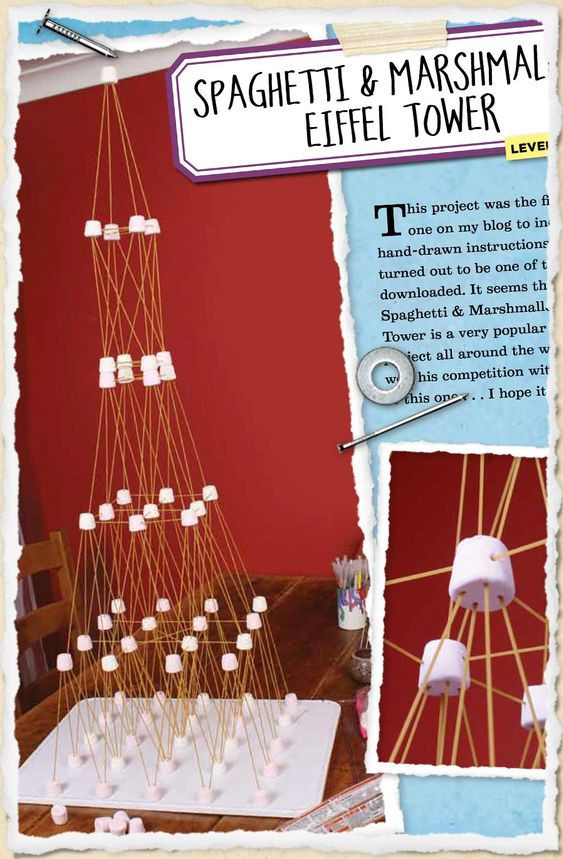 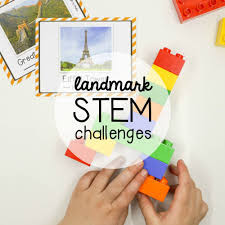 4. Did you buy red solo cups in bulk? Never fear, you can use some for this cup-stacking Eiffel Tower model. Ask your kids how to create a stable base for the tower. 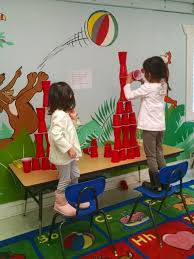 I’d love to see your projects if you want to share them in the comments section.

For more information on The Netherlands, check out this Science Kids site.

Who was Vincent van Gogh?

This free YouTube video by Freeschool gives a short, child-friendly biography of this famous artist.

Read Katy and the Starry, Starry Night to learn more about this famous painting. Here’s a link to the YouTube video of the story.

The Van Gogh Gallery offers free downloads of van Gogh’s paintings. For the following craft, print out a picture of Starry, Starry Night for inspiration. 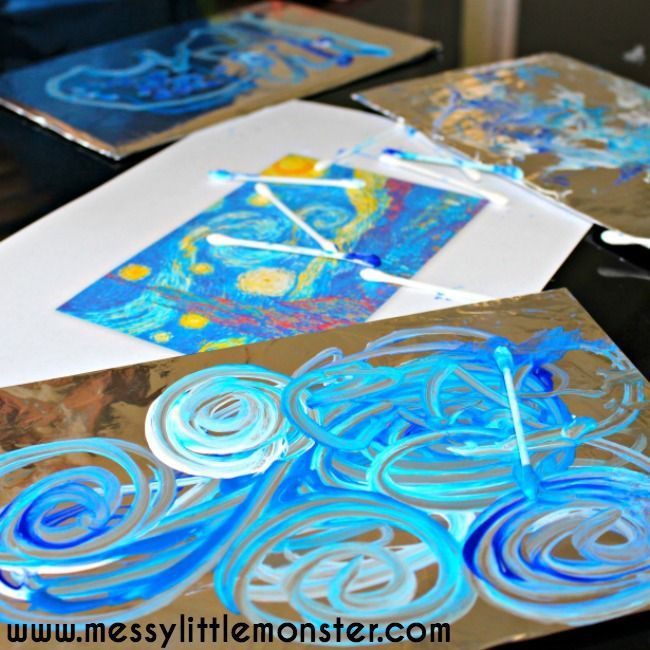 This is a fantastic craft for kids (and adults). I did it when my kids were toddlers and they loved it so much, we’re going to try it again. Kids love swirling paint around on the smooth surface of foil. Best of all, the ‘Starry, Starry Night’ recreations look amazing!

For the full set of instructions for this craft, check out this blog post at messylittlemonster.com. 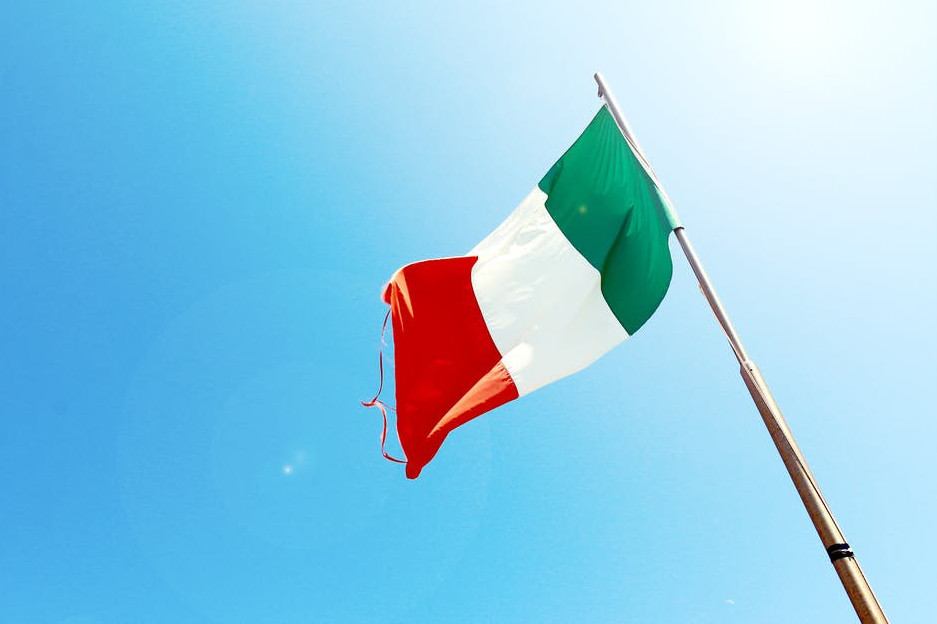 For more facts on Italy for kids, check out the Science Kids Italy Facts page here.

Now, we head to ancient Rome for some horrible history. Let’s learn something about the Rotten Romans, shall we?

Warning: this is history with all the nasty bits left in based on the book set by Terry Deary. My sons love it, but if you have young or sensitive children, I would preview the video first. The gory historical details are left in. I’ve also shared two videos below without the gory bits.

This video on ‘5 Things You Should Know about Rome‘ is more tame if you’d like the history with the gory bits left out.

This National Geographic video about ancient Rome has spectacular footage and is best-suited for older children (and adults). 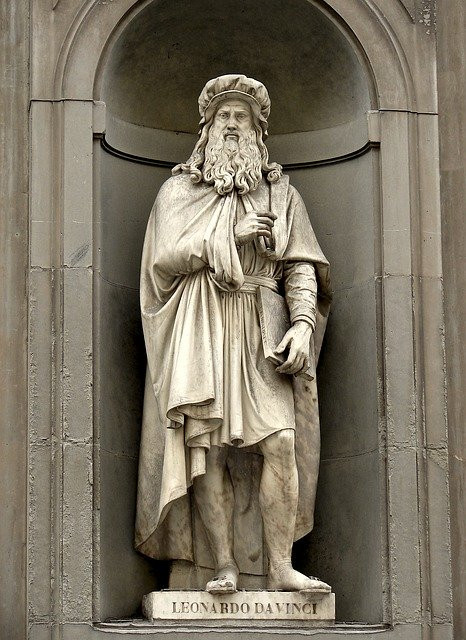 Leonardo Da Vinci is probably best known as the famous artist who painted the ‘Mona Lisa’, which has hung in the Louvre gallery in Paris for over 200 years.

However, he wasn’t just a great painter. Da Vinci was also a sculptor, an architect, a poet, a composer, a scientist, a mathematician and an inventor. For more facts about this remarkable man, check out this post on schoolrun.com.

This The Museum of Science website has amazing Leonardo da Vinci interactive activities.

I’m doing this one where children look at Leonardo da Vinci’s machinery sketches and guess which invention they later influenced. 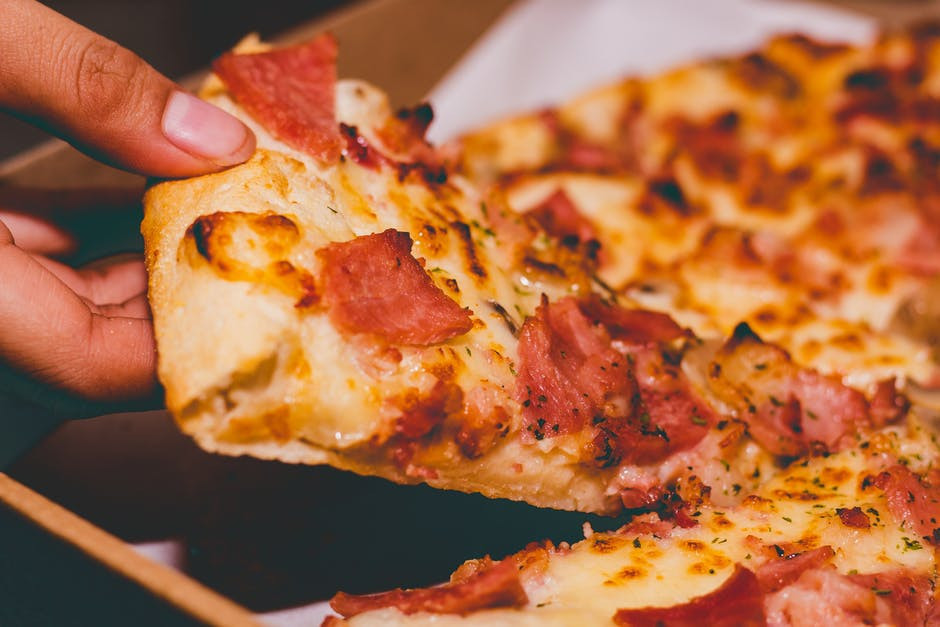 Play some Puccini arias and head to the kitchen to make pizza with your kids.

Becky from kidworldcitizen.org shares a tasty pizza recipe for kids. She even did it for a child’s birthday and gave each kid a stick-on mustache and chef’s hat to make the experience more fun. So, if you’re looking for a dinner idea this evening, stay with our European theme and try out this pizza recipe.

Fore more facts on Germany, here is a link to sciencekids.co.nz Germany Facts for Kids.

Grimms’ Fairy Tales is a collection of fairy tales from brothers Jacob and Wilhelm Grimm first published in 20 December 1812. Their famous fairy tales served as inspiration for several popular Disney movies. The original versions of the tales are much darker.

If you have older kids and you want to find out how the original tales by the brothers Grimm compare to the Disney movies, check out this post. 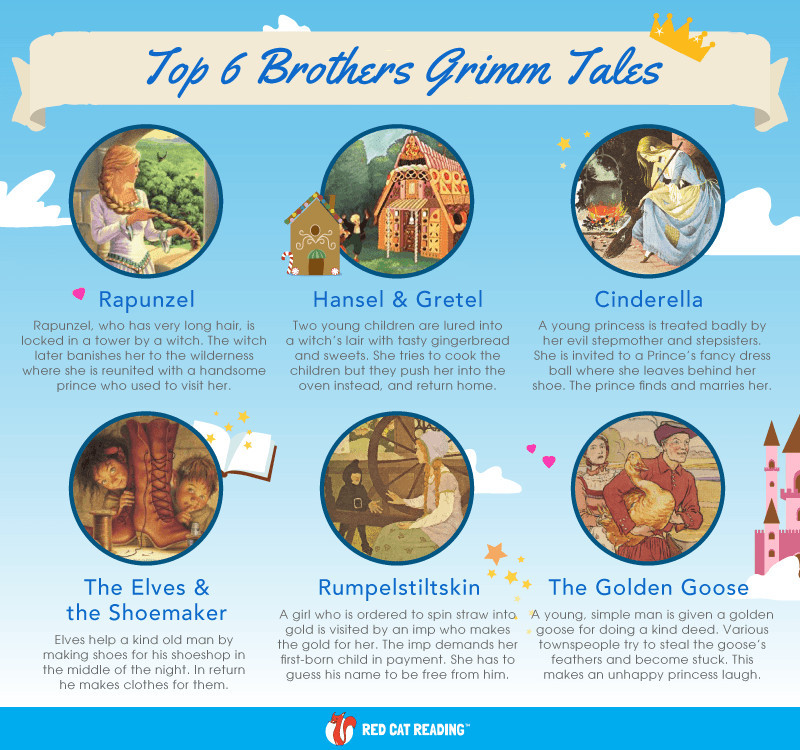 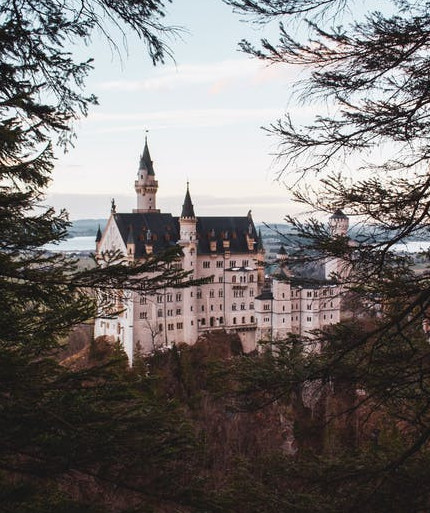 Speaking of connections between Disney and German culture. Disney modeled the iconic Sleeping Beauty Castle after this German original.

“Neuschwanstein Castle (in German Schloss Neuschwanstein) actually means New Swan Stone Castle. It is a castle that was made in the 19th century by King Ludwig II of Bavaria.

The castle is in south Germany.

The castle was intended as a home for the king, until he died in 1886. It was open to the public shortly after his death.[2] Since then more than 61 million people have visited Neuschwanstein Castle.[3] More than 1.3 million people visit annually, with as many as 6,000 per day in the summer.[4]” – https://kids.kiddle.co/Neuschwanstein_Castle

For more information on this beautiful castle, check out this kiddle.co post.

This video has amazing footage of the fairy tale castle.

For more facts on the United Kingdom, check out this post.

Here’s a video with the Top 5 Facts About Stonehenge.

Science for Kids Club features an informational post all about this prehistoric wonder.

Here are a couple of hands-on activities you can do to recreate this ancient ring formation. 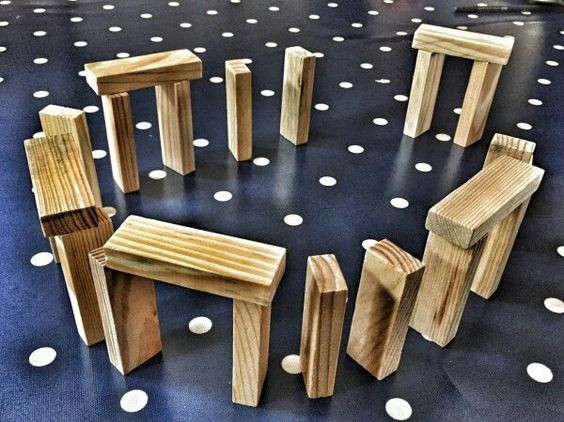 Alternatively, you can use clay or play dough to reconstruct this ancient monument. 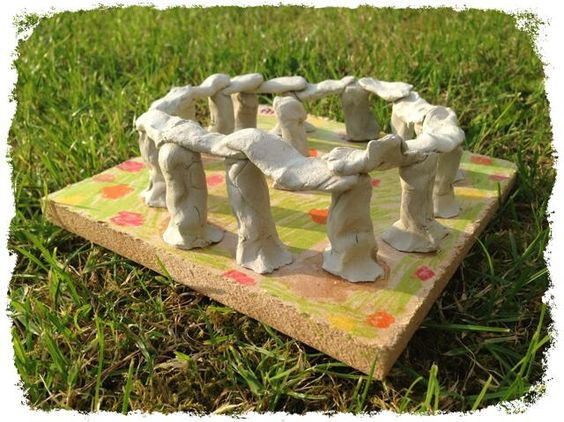 Watch this video, “The Story of William Shakespeare” for a child-friendly introduction to this world-famous playwright.

This activity is best suited for older children.

Now, read Sonnet 18, one of the most famous sonnets by William Shakespeare. If you have older children have them use Tagxedo or Wordle to create a word cloud out of the words from this famous sonnet. Mrs. Orman’s students created these really cool word clouds based on the words of Shakespeare’s sonnets. Click on the images below to see her other fantastic Shakespeare activities. 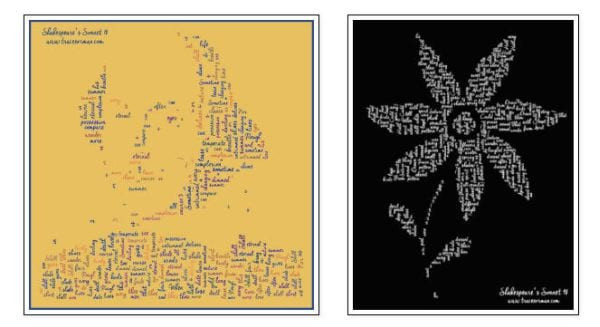 The Tower of London and Crown Jewels 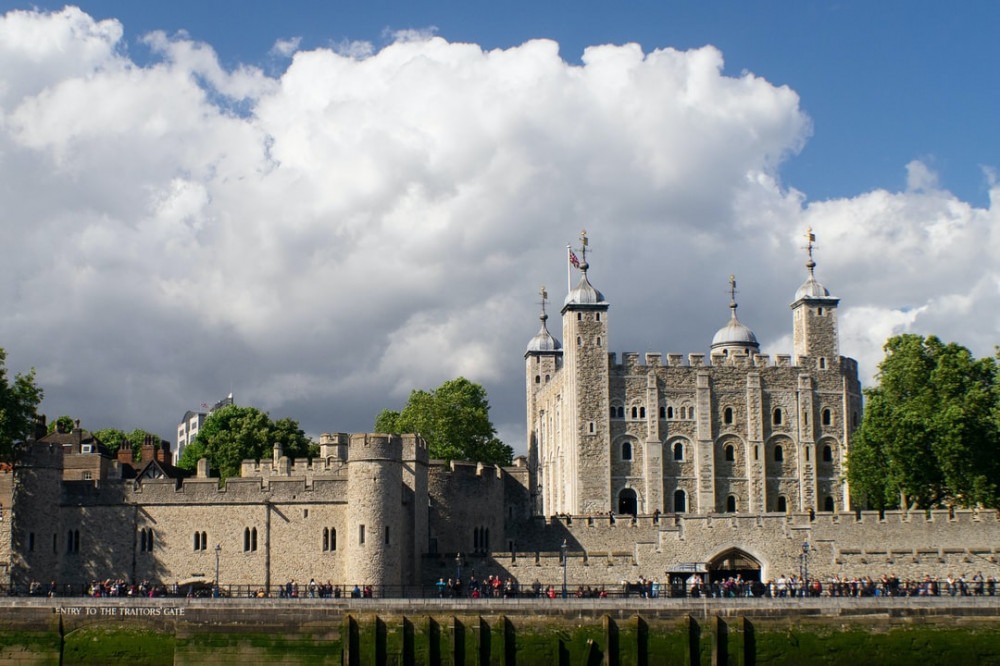 Tour the Tower of London by watching this video designed for school children.

This page features fun facts about the Tower of London for kids. It also includes lots of photos. 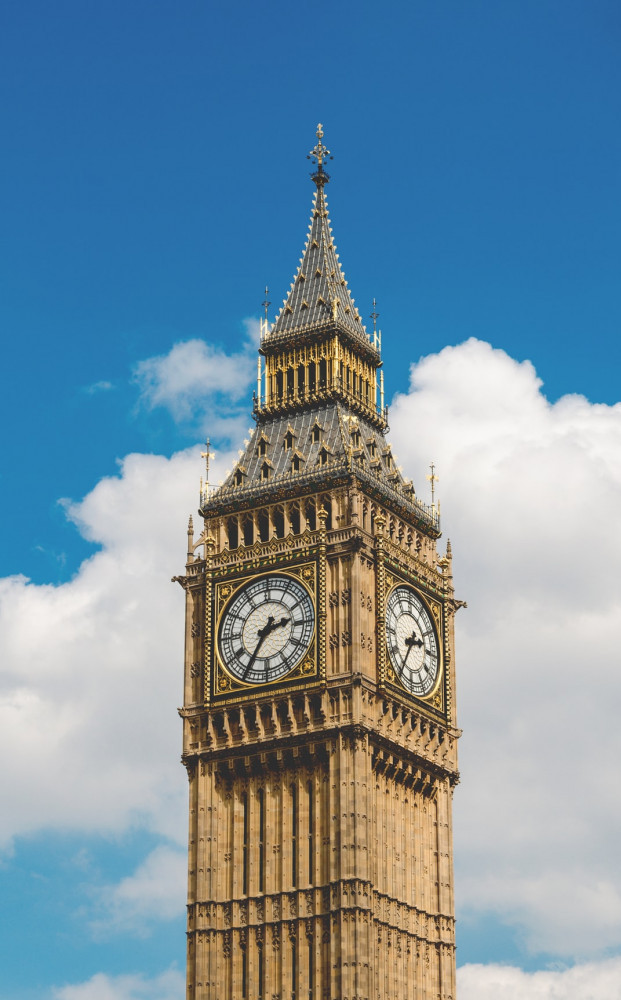 Try this drawing tutorial to draw this famous London landmark.

I hope you enjoyed your virtual visit to Europe. There is so much more to see and do, but hopefully these activities have inspired you to visit in real life one day.

Here’s the post for our virtual trip to Asia:

Virtual Trip Around the World for Homeschoolers – Asia

Virtual Trip Around the World for Homeschoolers – South America

Virtrual Trip Around the World for Homeschoolers – Africa

Here’s an introduction to the unit:

Virtual Trip Around the World for Homeschoolers